In my last post, I discussed the massive changes that have occurred in my life in the last months. I wrote about how it doesn’t matter how much you shed, you need to accept the probability of taking your problems— and your depression, especially— with you.

There is another thing you inevitably take with you, and that is your body.

This is a difficult topic for me to discuss, because somehow the tangible body is so much more difficult for me to comprehend than the complexities of the mind.

I have always hated my body.

I am very aware of the many elements that have gone into this hatred— the diet industry, the general media, limbs of sexism and racism, and it goes on.

It is difficult being aware of these things and still being unable to shake the hatred that I know shouldn’t be mine. Perhaps to some it may seem that this doesn’t have much to do with mental health, but it very much does.

For over a year when I was first in college I began to calorie count. This was because almost everyone around me insisted that there was something wrong with my body, but it was okay because it could be fixed if I just worked hard enough. “Working hard enough” really meant ignoring the very obvious and overwhelming signals that too much physical exercise was not good for my depression, punishing my body, and obsessing over the number of calories in a small handful of grapes. This culminated in the realization— after much analysis and mathematics— that I could literally only plan to ingest between 500 and 750 calories per day if I wanted to be what I was told I should be— thin.

I can’t lie— the summer that I was at my slimmest was the best of my life until that time. I noticed a shift in the way that people talked to me and looked at me. At first I couldn’t put my finger on it exactly but it was this— people, even without knowing me, treated me like a person. I felt somehow welcomed into the world, into conversations and social spaces in a way that I simply wasn’t before.

Since gaining back the weight— with the addition of a blood condition and a damaged metabolism thanks to years of self-induced starvation— it has only become more clear that what might have been a perception is in fact a reality. The way that people interact with me in passing— strangers on the street, people you meet for what you know will be a short time— is completely different than when I was thinner. There are days when this realization destroys me. I feel like— as I sometimes do with my depression— that I was dealt a very sucky hand of cards and I just have to deal with it.I know I shouldn’t feel this way, but that doesn’t change my feelings or my experiences.

People feel that they genuinely have a right to say aloud how unattractive you are.
People will blatantly look you up and down like a particularly unfortunate piece of roadkill.

People will immediately shift their attention from you no matter the context to any more attractive persons that may walk into the room.
People will intentionally exclude you from things and make a point of inviting those around you who better suit their visual tastes.
People will use you as the butt of jokes with a complete disregard for the fact that you are a person.
People will sometimes even touch your body without permission to drive home the fact that your body is just too big and too much.

Maybe to some these examples seem a bit extreme, but know that I wouldn’t mention them if they had not all happened to me on multiple occasions. I am not saying that all people do this, or maybe even the majority, but I know too many people who have had similar experiences.

How do you change your mindset when you are surrounded by this sort of toxicity?

Since being abroad, this has become far less common behavior. In America, it seems completely inescapable. That being said, I am positive that there are other countries that fall into a similar trap of exclusion and unkindness. In my adventures so far I have had very few moments in which this has happened— though I wish I could say that these moments were non-existent. I’ve had to accept that sometimes these things will happen (people sort of suck a lot of the time), and that I have to find a way to cope.

I wanted to discuss this because mental health is priceless, and I have seen so many people pawn it off for a diet breakthrough or acceptance. I struggle with this every day, and I know that many others do too. I don’t think that you can truly discuss mental health without in some way needing to implicate the rest of you, including your body. Mental illness may often be “invisible”, but sometimes it does manifest physically.

When I gained weight, people asked me “Are you depressed?” The truth is, at the time, I wasn’t depressed all that much, until I became constantly berated with reminders that my body wasn’t what it was “supposed” to be through false inquires of health and happiness. There have been periods in my life where my severe depression has led to weight gain, but there have also been periods of happiness in which I ate like a normal human being and experienced weight gain.

In the last month, while eating pasta and pizza and gelato and about a dozen other delicious things in Italy, I haven’t been able to find it in me very often to even think about my weight. Then there are those moments when someone brings it to my attention and the cycle of self abuse begins again.

I’m still working on this. This post won’t end with a solution or a “How To Not Hate Your Body” segment. Maybe all I can say is that my struggles with weight have helped show me who is in my life for more than meets the eye. It has allowed me to connect with many people who feel the same and seek that wonderful kinship of those from the tribe of non-judgement. And maybe I can thank it for being such a clear marker of my personal growth— the me from that skinny summer never would have been able to truly, almost sinfully enjoy that café gelato in the sunshine and not wretch with the guilt of senseless calorie intake.

So here’s to not fearing growth, in every direction! 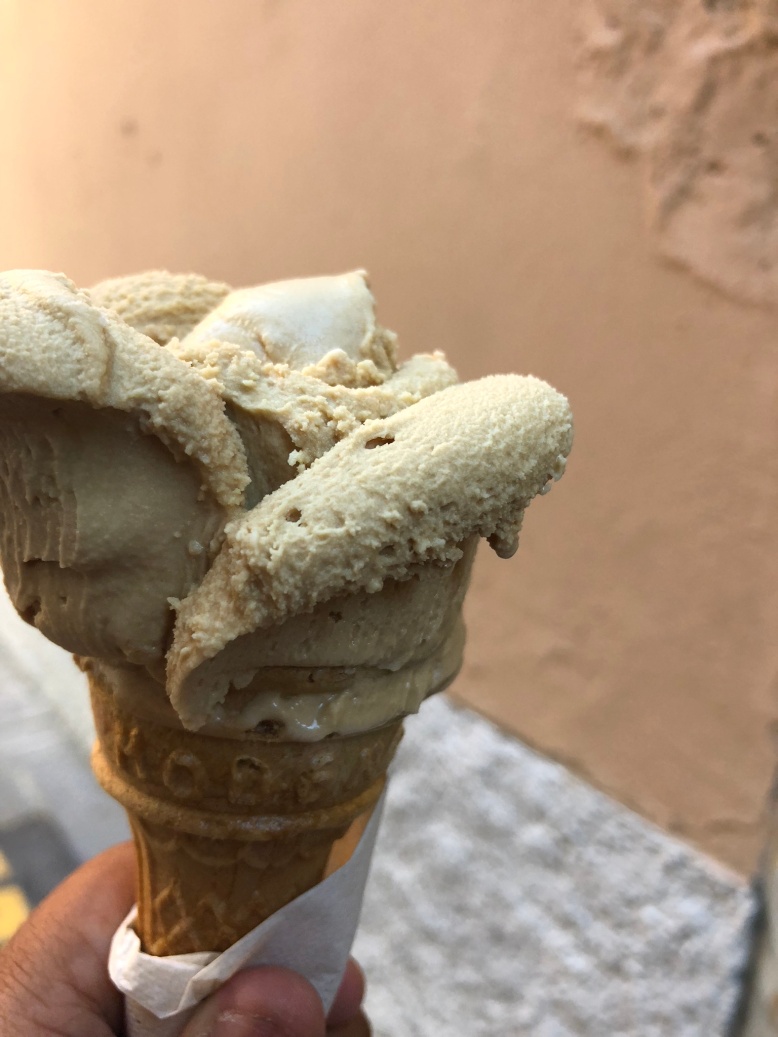 I am a writer, poet, editor, and English tutor with a love for the written word. View all posts by Ariel K. Moniz

One thought on “Room For Growth: My Battle With Hating My Body”

My name is Ariel.

I am a life-long writer, reader, and introvert who has always been at war with my own mind. I am also a lover of the written word, warm beverages, art, rain, the sea, the moon, creepy things, and naps.

I hope that my struggles, insights, and experiences bring some light to the murky waters of understanding mental illness.